We've sent you an email with a link to update your password.

A password reset email has been sent to the email address on file for your account, but may take several minutes to show up in your inbox. Please wait at least 10 minutes before attempting another reset.

Registering for this site allows you to access your order status and history. Just fill in the fields below, and we’ll get a new account set up for you in no time. We will only ask you for information necessary to make the purchase process faster and easier.

Due to the current Coronavirus situation, there's a MINIMUM shipping time of 30-45 days. If you're interested in placing an order, please send us an email at hello@paintona.com

A Leonardo Made a $450 Million Splash. Now There’s No Sign of It.

Yet the work that the Louvre Abu Dhabi once promised would anchor its collection is conspicuously absent: “Salvator Mundi,” a painting of Jesus Christ attributed to Leonardo da Vinci.

Few works have evoked as much intrigue, either in the world of art or among the courts of Persian Gulf royals. First, its authenticity as the product of Leonardo’s own hand was the subject of intense debate. Then, in November 2017, it became the most expensive work ever sold at auction, fetching $450.3 million from an anonymous bidder who turned out to be a close ally and possible stand-in for the ruler of Saudi Arabia, Crown Prince Mohammed bin Salman.

Now, the painting is shrouded in a new mystery: Where in the world is “Salvator Mundi”?

Although the Abu Dhabi culture department announced about a month after the auction that it had somehow acquired “Salvator Mundi” for display in the local Louvre, a scheduled unveiling of the painting last September was canceled without explanation. The culture department is refusing to answer questions. Staff of the Louvre Abu Dhabi say privately that they have no knowledge of the painting’s whereabouts.

The Louvre in Paris, which licenses its name to the Abu Dhabi museum, has not been able to locate “Salvator Mundi,” either, according to an official familiar with the museum’s discussions with Abu Dhabi, who declined to be named because of the confidentiality of the talks.

Officials in the French government, which owns the Louvre in Paris, are eager to include “Salvator Mundi” in a landmark exhibition this fallto mark the 500th anniversary of Leonardo’s death and say they are still holding out hope that the painting might resurface in time. (A representative of the Louvre declined to comment.)

But some Leonardo experts say they are alarmed by the uncertainty about the painting’s whereabouts and future, especially after the announcement from Abu Dhabi that the painting would go on display to the public.

“It is tragic,” said Dianne Modestini, a professor at New York University’s Institute of Fine Arts and a conservator who has worked on “Salvator Mundi.” “To deprive the art lovers and many others who were moved by this picture — a masterpiece of such rarity — is deeply unfair.”

Martin Kemp, an Oxford art historian who has studied the painting, described it as “a kind of religious version of the ‘Mona Lisa’” and Leonardo’s “strongest statement of the elusiveness of the divine.”

Noting that it was never clear how Abu Dhabi might have acquired the painting from the Saudis in the first place — whether by a gift, loan or private sale — some have speculated that Crown Prince Mohammed might simply have decided to keep it. The Saudi embassy in Washington declined to comment.

The 33-year-old crown prince may not be the painting’s first royal owner. Believed to have been painted around 1500, “Salvator Mundi” was one of two similar works listed in an inventory of the collection of King Charles I of England after his execution in 1649, Professor Kemp said. But the painting disappeared from the historical record in the late 18th century. 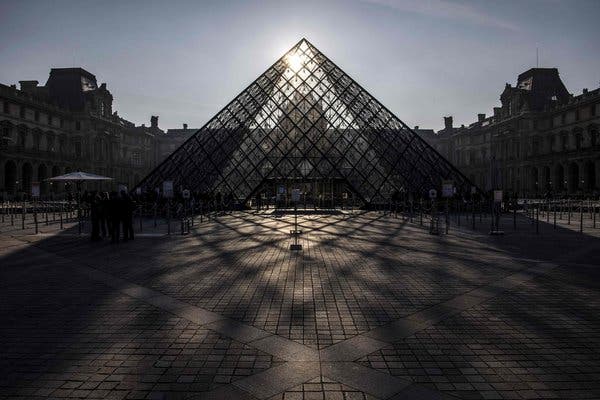 The painting sold at the record auction later turned up in the collection of a 19th-century British industrialist. It had been so heavily painted over that “it looked like a drug-crazed hippie,” Professor Kemp said, and it was attributed at the time to one of Leonardo’s followers. In 1958, it was sold out of that collection for the equivalent of $1,350 in today’s dollars.

The claim that the painting was the work of Leonardo himself originated after a pair of dealers spotted it at an auction in New Orleans in 2005 and brought it to Professor Modestini of N.Y.U.

She stripped away overpainting, repaired damage made by a split in the wood panel, and restored details. Among other things, one of Jesus’s hands appeared to have two thumbs, possibly because the artist changed his mind about where the thumb should be and painted over the original thumb. It had been exposed by scraping later on, and Professor Modestini covered the thumb she believed Leonardo did not want.

Its new attribution to Leonardo won the painting a spot in a retrospective of his work at the National Gallery in London in 2011. Two years later, a Russian billionaire, Dmitry E. Rybolovlev, bought it for $127.5 million — less than a third of what he sold it for in 2017, when it was auctioned in New York by Christie’s.

Now the Louvre Abu Dhabi’s failure to exhibit “Salvator Mundi” as promised has revived doubts about whether it is Leonardo’s at all, with skeptics speculating that the new owner may fear public scrutiny.

An expert on Leonardo’s paintings, Jacques Franck, sent letters to the office of the French president, Emmanuel Macron, raising doubts about the attribution. Mr. Macron’s chief of staff, François-Xavier Lauch, wrote back that the president “was very attentive to the preoccupations.” 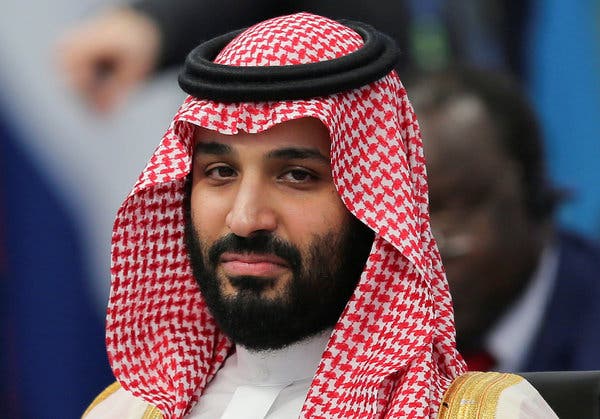 Others have argued that the painting was so extensively restored by Professor Modestini that it is as much her work as Leonardo’s.

“Nonsense,” she said in an interview, calling these “ridiculous claims.”

Auction house contracts typically include a five-year authenticity warranty. But the extensive public documentation and debate before the 2017 sale would make it difficult for the buyer to recover the payment by challenging the attribution to Leonardo.

The anonymous buyer at the auction in New York, Prince Bader bin Abdullah bin Mohammed bin Farhan al-Saud, was a little known member of a distant branch of the Saudi royal family with no publicly known source of great wealth or history as a major art collector. But he was a close friend and confidant of Crown Prince Mohammed. A few months after the auction, the royal court named Prince Bader as the kingdom’s first-ever minister of culture.

Christie’s initially sought to guard Prince Bader’s identity so closely during the bidding that it created a special account number for him that was known only to a handful of the house’s executives. But contracts and correspondence obtained by The New York Times showed Prince Bader to be the anonymous buyer.

American officials familiar with the arrangement later said that Prince Bader was in fact acting as a surrogate for Crown Prince Mohammed himself, the true purchaser of “Salvator Mundi.”

Prince Mohammed’s aggression and impulsiveness have recently come under new scrutiny in the West after American intelligence agencies concluded that he ordered the killing last fall of the dissident Jamal Khashoggi, a Washington Post columnist who was ambushed and dismembered by Saudi agents in a consulate in Istanbul. But by the time of auction, the prince had already shown a taste for pricey trophies, paying $500 million for a yacht and $300 million for a chateau in France.

As a Times article about Prince Bader’s role in the auction was about to be published in December 2017, the Louvre Abu Dhabi, possibly to deflect attention from the Saudis’ extravagant spending, tweeted that “Salvator Mundi” would be coming to its collection. 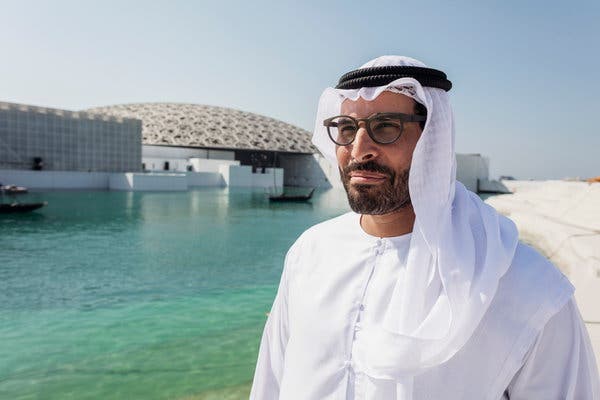 Last June, Mr. Mubarak announced with great fanfare that “Salvator Mundi” would go on display as part of the museum’s permanent collection in September 2018. “Having spent so long undiscovered, this masterpiece is now our gift to the world,” he said in a statementreported in the Emirati-owned newspaper, The National. “We look forward to welcoming people from near and far to witness its beauty.”

When September came, however, the exhibition was canceled without explanation and never rescheduled.

Museum officials said that only Mr. Mubarak could answer questions about the painting, and a spokesman for Mr. Mubarak, Faisal al-Dhahri, said that neither Mr. Mubarak nor the ministry would comment.

In the meantime, any clues to the movements of “Salvator Mundi” have the art world abuzz.

One person familiar with the details of the painting’s sale said it had been sent to Europe after the completion of payment. And Professor Modestini said that she had heard from a restoration expert that he had been asked by an insurance company to examine the painting in Zurich last fall before further shipping.

But the examination was canceled, and the Zurich expert, Daniel Fabian, declined to comment.

After that, said Professor Modestini, “the trail goes completely cold.”